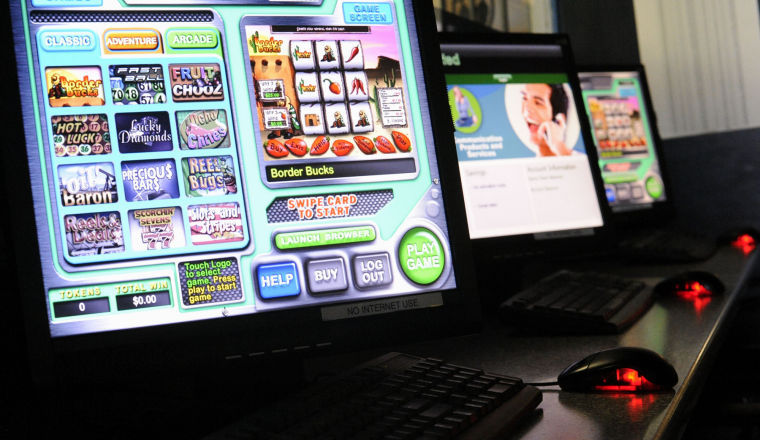 Winston-Salem law enforcement agencies say they are preparing to crack down on video sweepstakes halls that violate a state gaming ban, with nearly 200 machines targeted to be shut down by the end of the month.

That number could change, however, as officials continue to familiarize themselves with a law they say isn’t as clear as the black and white in which it’s written. Also at stake is some portion of more than $764,000 in license fees the city receives from such operations.

Barry Rountree, assistant chief of police, said a coordinated effort between the Winston-Salem Police Department and the Forsyth County District Attorney’s Office is under way to enforce a statewide ban on businesses housing those machines. The plan for a sweep follows a decision earlier this week in Davidson Superior Court that untied law enforcement hands, even if it did little to clarify what is and is not legal.

A lawsuit filed last month by a sweepstakes software maker and the owner of a Davidson County parlor (a standalone business that features only the machines) asked for an advisory opinion on whether their devices were legal and a preliminary injunction to stymie authorities from enforcing a state law against sweepstakes operations. Judge Robert Johnson, however, allowed a motion Monday to dismiss the lawsuit and dissolved a temporary restraining order protecting nonconforming operations from legal repercussions.

“The City is in the process of coordinating its enforcement efforts with the District Attorney’s office and plans to focus initially on the machines that are clearly illegal under the statutes,” Rountree said in an email. “(Monday’s) decision has no impact upon those enforcement plans.”

Calls to the Forsyth County Sheriff’s Department were not returned Wednesday.

The N.C. Supreme Court decided Dec. 14 to uphold a law banning the video games if they don’t comply with certain criteria, including if the games use an “entertaining display” during the entry process or awarding of a prize. The sweepstakes machines are typically associated with Internet cafes where customers can purchase time to surf the web and are then offered an opportunity to compete in what some software makers describe as a “predetermined” game of chance. Pot-of-gold games, however, do not accompany a product or service and are, according to City Attorney Angela Carmon, first on the list of operations that will be shut down.

Citing numbers from an audit performed by Winston-Salem officials last month, Carmon said there are 166 illegal pot-of-gold machines in Winston-Salem as well as 27 nonconforming electronic sweepstakes devices. First-time violators will be charged with a Class 1 misdemeanor (which carries a sentence of one to 120 days), followed by a Class H felony on the second offense (four to 25 months), and a Class G felony for a third or subsequent offense (eight to 31 months).

The number of machines shut down during initial enforcement efforts could be lower than expected, however. Letters were delivered after the audit informing owners or managers of outlets that they have illegal machines. Carmon said the next step is enforcing at those flagged businesses, but she said many will be gone.

“If it wasn’t clear before, it’s clear now those machines are illegal,” said Carmon, who predicted the sweep would begin in a few weeks. “With all the talks across the state about sweepstakes, about enforcement and folks developing a plan to take enforcement action, you don’t have to be a rocket scientist to figure out we’re going to go after those that are illegal first. Given everything that’s going on, I think folks were of the frame of mind they need to go ahead and get rid of them anyway. Some of them did it by unplugging them and saying they’re on their way out the door, but if they still have them, then technically that’s a violation. So we may not find 166 (illegal machines) when we go back.”

In addition to the flagged devices, she said 1,060 other machines were identified during the audit, but enforcement on those will happen only after their legal status has been concretely decided on a machine-by-machine basis.

That could be easier said than done, as the law has been challenged as too subjective. Plaintiffs’ attorneys questioned the criteria for defining a game during Monday’s hearing, with both sides and even the judge conceding that what might be considered entertainment can vary from person to person. There’s also the challenge of how the sweepstakes industry has evolved since expanding in North Carolina after video poker was banned in 2007. Companies found loopholes or modified base software to comply with existing laws.

“I have stayed away from saying those machines comply because we just don’t know,” Carmon said of the machines not clearly identified as illegal. “At this point we’re still seeking guidance from the folks in the DA’s office, the attorney general’s office and elsewhere.”

According to Gil Rush, senior financial analyst-business licenses in the city’s revenue division, there were 52 licenses issued for fiscal 2012-13 encompassing 1,351 machines (43 licensed sites were still operational by the time of the audit). A license – which runs July 1 to June 30 – costs $2,500 with an additional $500 charged for each machine at that location. That produced $764,900 in revenue for the city, some of which will be lost now that authorities can enforce the state law.

Carmon said the money collected from the licenses – which were initially issued in 2010 – was never earmarked or treated as a stable revenue stream because city officials “realized from the day the privileged licenses were implemented that there was pending litigation and at some point these machines may be outlawed.” The license funds were treated as general fund revenue.

Still the funds will be considered a loss in the city’s ledgers and – according to Denise Bell, chief financial officer for Winston-Salem – need to be replaced, or the city will need to reduce expenditures.

“Seven-hundred-sixty-thousand dollars is a lot of money – it’s one-third of a cent on the tax rate – and it’s not light,” Bell said. “I don’t see that the city would raise taxes to make it up. That’s really an issue our budget director and city manager will have to address as they go forward putting the 2014 budget together.”

Attorneys for International Internet Technologies and B&J Daniels Inc., which does business as Hickory Tree Business Center in Midway, filed a lawsuit earlier this month, arguing that a recent change in IIT’s software made the sweepstake machines at the Internet café on Old U.S. 52 compliant with state law.