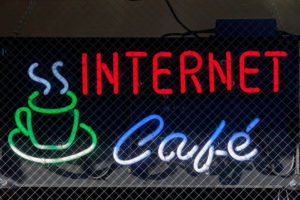 Two employees of an East Side Internet cafe were fatally shot during a robbery Sunday morning, Columbus, Ohio police said.

Police were called at 4:06 a.m. to a shooting at Players Paradise Internet Cafe, 3439 E. Broad St., where they found two people unresponsive.

Columbus Division of Fire paramedics pronounced a 38-year-old man and a 52-year-old woman dead at the scene at 4:18 a.m. Both were employees.

The victims have been identified but their names have not been released yet. Preliminary investigation suggests the homicides were a result of an armed robbery.

It’s not known how much money, if any, was taken during the robbery, said Sgt. Jeff Strayer, supervisor of the third shift homicide unit.

No information has been released yet on the assailant or assailants who involved.

The Players Paradise Internet Cafe was closed through Sunday night to allow for detectives and crime scene technicians to retrieve evidence.

These were the sixth and seventh homicides in Columbus this year.