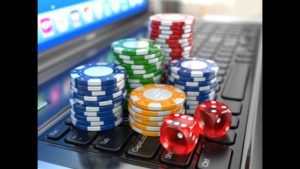 DETROIT, Mich. – An Ingham County Circuit Court jury on Sept. 21 convicted a 46-year-old Muskegon man of conducting an unlicensed and illegal gambling operation in Muskegon two years ago. The felony charge was filed in 2016 following a joint investigation by the Michigan Attorney General’s Office, Muskegon County Sheriff’s Department and Michigan Gaming Control Board.

The owner of the Triple Cherries Internet Cafe could face a 10-year prison sentence and/or a maximum $100,000 on the felony charge.

James Scott Postema, 46, could face a 10-year prison sentence and/or a maximum $100,000 fine on the felony charge of conducting an unlicensed gambling operation with wagering at Triple Cherries Internet Café, 1930 Apple Ave., Muskegon.

Postema also was convicted on a second felony count of using computers to commit a crime, which carries a maximum sentence of 10 to 20 years in prison and/or a $10,000 fine. He also is barred from obtaining a license under the Michigan Gaming Control and Revenue Act.

In August 2016, authorities obtained search warrants against Postema and his business, which culminated in a raid of the Apple Avenue location and his home. Law enforcement officers seized currency, bank and credit union accounts, money orders and computer equipment associated with the illegal business.