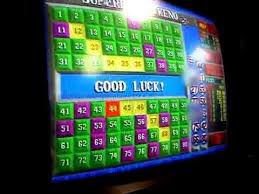 LENOIR COUNTY, N.C. – As soon as drivers enter Lenoir County on Highway 11, they’re greeted by large, flashing and colorful signs.
The signs advertise sweepstakes cafes, four of them along a three-mile stretch of this highway. They’re places cafe owner Janice Thompson believes get a bad rap. “The people who judge and have negative opinions of cafes are people who have never been to one,” she said. Planning records indicate 14 sweepstakes cafes operate in Lenoir County. But in surrounding counties like Pitt, Craven and Onslow, they’re banned because the North Carolina General Assembly outlawed them back in 2010.

Pitt County assistant district attorney Caroline Lawler leads prosecutions of sweepstakes in her county. “The sweepstakes parlors that we’re seeing pop in our communities and in places around us are still illegal,” she said. We began to wonder why sweepstakes cafes are allowed in Lenoir County where other counties ban them.

Both Sheriff Ronnie Ingram and District Attorney Matthew Delbridge declined to talk on-camera about his office’s legal justification for allowing sweepstakes. But Sheriff Ingram’s e-mails provide insight into their thinking.
On January 20, 2015, Sheriff Ingram received an e-mail from Major Ryan Dawson asking if he’s talked to Delbridge about how to enforce sweepstakes. Ingram’s predecessor, Chris Hill, banned them. In the e-mail, Dawson wrote he’s fielding calls from people and asks “what response should I be giving to these callers?”

In a March 20, 2015 memo to deputies, Major Dawson said after consulting with the district attorney, “the sheriff’s office will not charge any sweepstakes owners who have pre-reveal machines.” “Pre-reveal” is a sweepstakes software update showing a player whether they’ll win before playing the game. The state Court of Appeals already ruled back in 2014 that the pre-reveal feature is illegal.

The state Supreme Court upheld the ruling one month after Dawson’s memo. Dawson said the memo was based on Delbridge’s guidance, which he says hasn’t changed. Both Delbridge and Dawson declined to talk on-camera.
On September 22, 2015, Sheriff Ingram e-mailed county planning director Gary O’Neal” for a list of all sweepstakes locations because “Matt Delbridge has called and decided that he is going to look into prosecuting them.” Pitt County Assistant District Attorney Caroline Lawler said one of the reasons they shut down sweepstakes is they’re “hotspots” for crime because they have large amounts of cash on-hand. “By using the sweepstakes law to shut them down, it’s actually created a lower risk of break-ins and robberies at those establishments,” Lawler said. It’s something Bill Langston, Jr. wants to see in his county. His next-door neighbor is Lucky Dollar Sweepstakes. “It’s just a place that you worry, that sooner or later, you’re going to have gun fights,” he said. He claimed the cafe attracts the potential for crime especially after he says it was broken into some time ago. Since allowing sweepstakes to reopen earlier this year, Sheriff Ingram said his deputies have responded to a couple break-ins or attempted break-ins and a shooting last September in county commissioner Eric Rouse’s district. “It’s also been told to me, ‘well nothing good happens past 2 a.m.,” Rouse said. It’s why he wants to restrict sweepstakes businesses by forcing them to close from two to eight in the morning and create a thousand-foot buffer zone between future cafes and neighborhoods. Sweepstakes owner Thompson said those restrictions would hurt her business. “If businesses were denied the right to operate out of fear of robberies or shootings, then all businesses that handle money would need to close,” Thompson said.
Other supporters said the cafes have better security than most businesses. “I feel so much safer in sweepstakes than going down the streets of east Kinston,” a woman said. Though Langston doesn’t feel safe next to a sweepstakes cafe as he’s worried someone will get hurt. “And I certainly don’t want it to be me or my family,” he said. Sweepstakes owner Janice Thompson said if Delbridge shuts down her cafe, she’ll fight him in court.