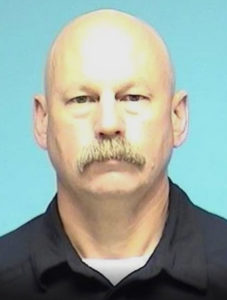 Everyone wants a piece of the pie. LOL

A captain with the Kent Police Department and his wife were arrested and charged in connection with internet cafe raids that took place throughout Lorain County last month.

James Cole, 52, of Stow, and his wife, Audrey Cole, 45, of Stow, were included in the 10 secret indictments unsealed Wednesday. Lorain County Prosecutor Dennis Will has said 55 indictments were returned by a grand jury in connection to the illegal casino gaming raids.

Both Coles were charged with three counts of engaging in a pattern of corrupt activity, 12 counts of money laundering, four counts of casino gambling and four counts of operating a gambling house, according to court documents.

The two operated the Player’s Choice, 118 Sheffield Center, Sheffield Township, which was included in the August raids. The establishment was operated under a corporation named Mad Squirrel Investments, LLC.

The Ohio Secretary of State’s website lists Audrey Cole as the owner of the corporation. James Cole helped his wife operate the establishment, according to court documents.

“There is no indication that any acts were committed in any official capacity pertaining to this person’s employment with the city of Kent,” Kent Police Chief Michelle Lee told the Record-Courier. “The public’s trust is paramount, and we will cooperate fully with every part of this investigation.”