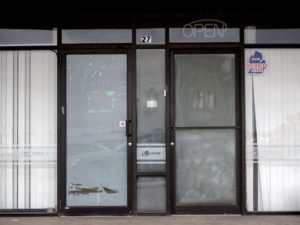 LANSING – Five women face felony charges in connection with an alleged illegal gambling operation that ran under a false storefront in South Lansing.

One of the women — Li Hua Deng — owned and managed the casino, according to court testimony from Special Agent James May, an investigator for Michigan Attorney General Bill Schuette’s office. Deng allegedly hired the other women.

The investigation began when the Michigan Gaming Control Board received a complaint about illegal gambling at a store in the Logan Square Shopping Center, at 3222 South Martin Luther King Jr. Boulevard, May said.

The storefront currently has a sign for “Max $10 Family Fashions” but May testified the business is also known as “Forever Computers.”

Between Feb. 1 and July 29 a gaming control board regulation officer visited the casino multiple times and deposited money into an account. He used the account number to log into video gaming machines similar to those found in a legal casino, and was given money as payouts, according to the testimony.

There were about 40 computers inside the casino, as well as a large table game called “A Fish Game,” May said.

They are each charged with two felony counts of using a computer to commit a crime, one felony count of gambling operations and one misdemeanor count of maintaining a gambling house.

“At this very early stage, we are still learning what the government claims happened that justifies the charges against Ms. Deng,” said her attorney, Takura Nyamfukudza. “But we will work diligently and tirelessly to provide Ms. Deng the most vigorous defense allowed under our constitution.”

All have been arraigned except Chocalas, who according to court records still has an active warrant. The women face up to 10 years in prison if convicted.

A message left seeking comment with an attorney representing one of the women was not immediately returned. Court records do not list an attorney for the other three defendants.

With curtains shut and the door locked, the alleged casino appeared to be closed when a State Journal reporter visited Friday.

May indicated in his testimony that officials received “proceeds” from gaming but did not specify whether the agents received cash or gift cards.

While a Schuette spokeswoman declined to comment because the case is ongoing, Schuette’s office has previously acted against so-called “Internet Sweepstakes Cafes” in Lansing and across the state.

In 2012 the Attorney General sent numerous cease and desist letters to such business, and threatened prosecution if they remained open.

Deng, the woman whom May said operates the casino, was sent such a letter in 2013, the agent testified. It’s not clear if she was told to close a casino at the same location or a different one.

Lansing City Council 3rd Ward Member Adam Hussain, said Thursday the investigation and charges don’t surprise him. He said such gambling operations have proliferated in his ward on Lansing’s south side.

“I’m glad that things are moving forward,” Hussain said. “This is something that I’ve brought to our police department quite some time ago. I believe this type of thing is something that’s rampant in our community. It needs to be addressed.”

Neighborhood groups on the city’s south side, including Rejuvenating South Lansing, also have a sense of urgency.

Elaine Womboldt, the group’s facilitator, is familiar with the location in Logan Square where illegal gambling allegedly took place and is also of the belief there are more locations on the south side.

Rejuvenating South Lansing is considered one of the largest neighborhood groups in the city and meets monthly.

“When you know that these places are there,” Womboldt said of gambling operations, “somebody has got to step forth and do something about it.”